This is an ear disease often experienced by children 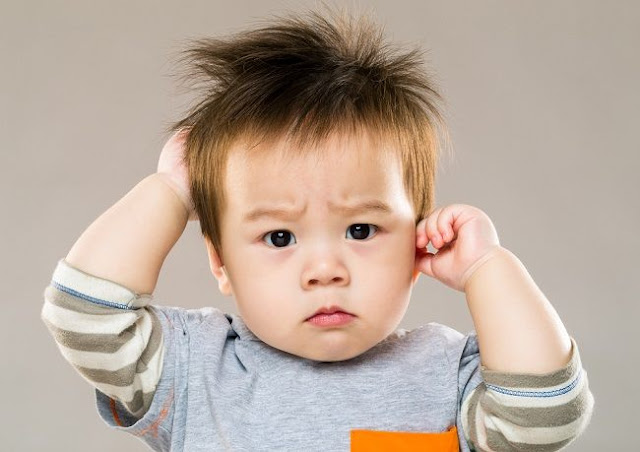 Ear disease in children can occur due to several things, one of which is an infection. This condition can make a child become fussy because his ears hurt, and can even interfere with his hearing. Children are more susceptible to ear disease because parts of their ears are still not fully developed. In addition, the immune system is still not as strong as adults, making it easy to be infected with bacteria and viruses.

Here are the types of ear disease that often attacks children:

Acute otitis media occurs when the infection causes inflammation and a buildup of fluid behind the eardrum. Children under the age of 2 years are generally more at risk of developing acute otitis media, this is because the shape and size of their Eustachian tubes are still not fully developed. In children, acute otitis media can progress very quickly and is usually accompanied by symptoms such as fever, fussiness, loss of appetite, and not reacting when called in a low voice.

Otitis media with effusion occurs when there is inflammation behind the eardrum accompanied by a buildup of fluid in that area. This condition makes the middle ear feel full, so that hearing impaired. Otitis media with effusion is more common in children under 2 years. This ear disease usually does not cause any symptoms. Even so, if this condition is found during an examination, the ENT doctor will take action to remove the fluid.

This condition occurs when fluid (effusion) that is behind the eardrum is trapped in the area for a long time and occurs repeatedly. Usually children affected by this ear disease experience hearing loss.

Otitis externa is a skin infection on the outside of the ear. This infection often occurs because water enters the ear and is not dried immediately, making it easier for bacteria or fungi to multiply. In addition, the habit of digging ears, swimming, and skin diseases can also cause otitis externa. A child who has otitis externa will usually experience symptoms in the form of pain in the ear which worsens when chewing, itching and redness in the ear, and odorless clear liquid comes out of the ear.

How to Maintain Children's Ear Health

To prevent children from ear disease, there are several ways you can do:

One way to keep your child's ears healthy is to clean them properly. Make sure you only clean the area of ​​the earlobe and not clean all parts of the ear. Actually the ear has the ability to clean itself. Therefore, avoid using cotton buds or ear scrapers to clean the child's ears.

Another way you can do is to keep the child's ears dry. This is because moist ears make it easy for bacteria to grow and multiply in the ear canal. If left unchecked, this can cause ear infections.

When children swim, water can get into their ears. This can make germs come into his ears. For that, wear earplugs if you want to bring children to swim.

4. Routinely check the child's ear to the doctor

In addition to doing both of the above, you also need to check your child's ear to the ENT doctor regularly. A child's ear disease can develop quickly, so treatment is needed as early as possible before hearing is impaired. The methods above are very important to prevent children from getting ear disease. If the child shows discomfort in the ear, immediately take it to the ENT doctor to get a proper examination and treatment.